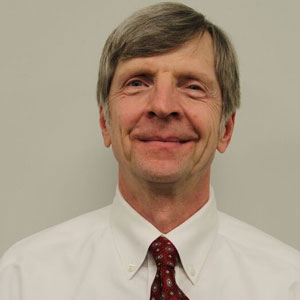 Several years ago I was a passenger on a flight from Houston to Tulsa. As we were climbing away from the airport while still in the clouds the aircraft suddenly leveled off and the engines were pulled back. I immediately sensed that something was out of the ordinary. When we emerged from the clouds the captain came on the public address system: “Ladies and Gentlemen, I have some good news and some bad news. The bad news is that the landing gear will not retract. The good news is that it is still down. We will be returning to the airport as soon as we get clearance to do so.” After what seemed like an eternity we made an uneventful landing and were right back where we started, but safely on the ground.

The main reason of this turned out to be a non-event was because all professional flight crews undergo some form of simulator-based training throughout their careers. Today’s flight simulators are a technological marvel, relying heavily on high-speed digital processing of immense amounts of data. On the surface, they appear to just replay any of a large number of canned scenarios. The reality is that they are the original virtual reality. Most sophisticated simulators are designated as “Level D” by the Federal Aviation Administration. For training purposes, a Level D simulator is considered equivalent to the aircraft it represents. This is accomplished by recreating all of the aircraft systems and the physics which governs its motion inside a tightly-integrated computer network. Some parts of this network run as high as 2000 iterations per second in order to produce the precise fidelity expected and required. The simulator interacts with the flight crew in exactly the same ways as would the aircraft given the same environmental conditions and crew actions. 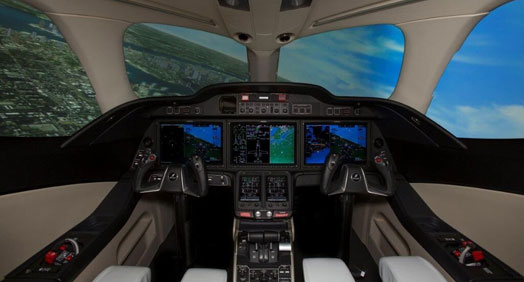 While relatively small, the flight simulator industry is very dynamic for a number of reasons. First and foremost is the fact that it has increasingly utilized commercial-off-the-shelf (COTS) computer technology. It is not cost-effective to change a design every time a new file server is introduced. Nonetheless, design changes to the computational architecture are often imposed by components reaching end of production life. In addition to the mass-market COTS technology items, there are a number of simulator-specific systems such as the visual image generators which evolve over time, but more slowly.

Another factor in the dynamics of the simulator industry is the evolution of the aircraft represented. Most often this takes the form of upgrades to the engines and avionics. When a new aircraft such as the Boeing 787 or the Airbus A350 is developed, the associated all-new integrated avionics system can take months or even years to become fully operational when first introduced into a flight simulator. Lastly, the regulatory criteria which govern the design and performance characteristics of a flight simulator also change over time. Thus a simulator design which was acceptable ten years ago may not meet the standards of today. This is a frequently-visited issue in our industry.

Maintaining the highest possible levels of safety in flight operations demands strict adherence to established procedures. Flight simulators allow the practicing of these procedures to the point of familiarity. This model works well until the unexpected happens and crew workload begins to rise. If sufficient distraction is introduced, flight crew performance may suffer as a result. Here too, the flight simulator is an invaluable resource as a tool for teaching the ability to think through a problem before the situation happens for real.

Today’s nearly-perfect airline and corporate aviation safety record is no accident. It is the culmination of decades of experience and advances in technology. The Level D flight simulator has become a cornerstone of that endeavor.

What It Truly Means For IT Security To Bea Business Enabler

Policy is a Key Solution to Stopping Packaging Waste

Congestion-Driven Basis Risk, A Challenge for the Development of...