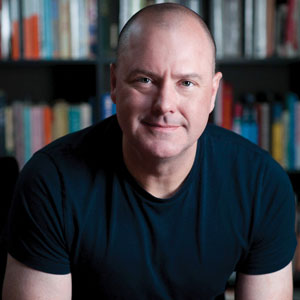 Greg Fallon, Vice President, Business Strategy and Marketing, Design and Manufacturing
Historically, the advent of computer-aided design (CAD) helped in curbing the time required for a product’s prototyping, and consequently, its mass production by a large extent. Simulation has duly contributed to helping manufacturers re-route around manual, material-wasteful trialing environments. Autodesk, the household name when it comes to product design, manufacturing, and simulation, has been at the forefront in enabling creative engineers across various industry verticals to efficiently materialize their design vision. A little over 5 years ago, Autodesk launched Fusion 360, the company’s latest addition into its arsenal of tools for product design and manufacturing. In essence, Fusion 360 is an embodiment of the Autodesk vision to accelerate, as well as bridge, functional process gaps that are prevalent within product design and development processes today. The offering houses capabilities that essentially revolutionize the approach for design and simulation.

While simulation generally relates to ‘virtualized testing,’ Fusion 360 imparts powerful, suggestive capabilities, banking upon the novel concept of generative design technologies, which is widely regarded as the ‘future’ of manufacturing-based design. The technology places numerous design ideas based on the design parameters and constraints of the product at the design engineer’s disposal. Generative design appends the ‘smart’ tag to design and simulation apps. An aspect which is easier said than done! As proponents of the technology, the innovation labs at Autodesk have brought together cutting-edge AI tools, access to powerful cloud processing, seamless cross-compatibility, and an affordable pricing model to render Fusion 360 as a one of its kind offering in the space.

Fusion 360 has garnered immense interest from a wide range of companies including consumer electronics, automotive suppliers, aerospace entities, and even one-man shops. With the pay-for-usage pricing model—wherein subscribers need to pay only for the design ideas they choose to work further upon—and readily available cloud-based computing resources capable of running thousands of intensive design simulations, Fusion 360 immensely democratizes itself. “Another advantageous factor of using Fusion 360 is that it is built on an entirely open ecosystem.
In many instances, users tend to start using the product from an existing design made from another CAD tool, say SolidWorks. Users can easily input the SolidWorks assembly into Fusion 360 and use that as a starting point in generative design. They can as well take it out of Fusion 360 and put it back to SolidWorks in such a way that an update on a SolidWorks file will reflect simultaneously on the Fusion 360 file,” says Greg Fallon, Vice President, Business Strategy and Marketing, Design and Manufacturing at Autodesk.

Fusion 360 is designed to effectively streamline and remove friction between various stages of product development by letting ‘data flow seamlessly’ as Fallon mentions. For instance, generative design within Fusion 360 can unify a design engineer’s vision on the aesthetic and structural integrity of a product, with the functionality view-point that a manufacturing engineer may envision on the product design. This eliminates the prevalent, time-consuming shuttling of designs across various functional teams in the manufacturing product development phase. Fusion 360 enables users to generate tool paths for a variety of machines which can bring clarity into the post-design phase of a product.

Utilizing Fusion 360, General Motors (GM) was able to come up with 150 valid design options for a seat belt assemble based on the parameters that engineers set, in a day instead of weeks. GM later acknowledged that the design they eventually chose to proceed with was one which none of their designers would have possibly conceived. When it reaches production, the end-product would prove to be 40 percent lighter and 20 percent stronger. The case best exemplifies the Fusion 360’s immense potential in reshaping manufacturing design and production prophecies. “Today we are focused on functional requirements of designs as they pertain to structural integrity for instance. In the future, we plan to extend it to other aspects of design requirements,” concludes Fallon. 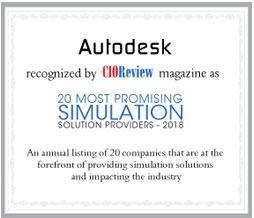 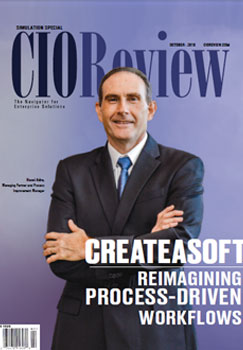